20 Things I Wish I'd Known Before my First Baby

20 Things I Wish I'd Known Before my First Baby
A Memo to my prego sister-in-law
1.       Take. Naps. Now. Seriously. You don’t get that luxury later. 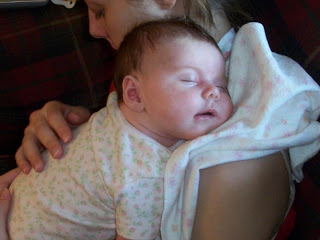 2.  All you really need before the baby arrives is a couple packs of diapers in varying sizes and a handful of onesies. Truly. There’s no need to freak out if you don’t have the vibrating bouncy seat that you put on your registry and it’s just four weeks before the baby’s due. You also don’t need to worry about putting up that Winnie The Pooh wallpaper border before the baby comes either. You’ll probably never put it up anyway. I didn’t. Don’t judge me.
3. Those handful of onesies? Wash them and de-tag them now. Because the first time you change your kid and realize they have a little red spot from where the tag was rubbing them? You’re going to feel awful. And you have the time to do it now anyway. You won’t later.

4. Nesting happens for a reason. It’s the last time you’re probably going to deep clean before The Baby comes. Just go with it. At a time in your life where your body is out of your control, I always found contentment in the fact that I could at least keep a room clean. Of course after The Baby? Pull that whole I’m-not-supposed-to-do-hard-housework card with my brother as long as you can. It’s awesome.


5.      You will constantly misjudge the depth of your belly. I banged it on counters while putting glasses away out of the dishwasher. I bumped it on door jambs I had to squeeze through sideways. I knocked it on the steering wheel and my desk at work and random people in line at the bank. It’s okay. We all do that.


6.      Not everyone’s water breaks. Mine never did on its own. That’s no big deal. Don’t worry about that. And honestly? It hardly ever happens at work when it does break. More than likely you’ll wake up at 3am and think you peed the bed. S’what I’ve heard anyway.


7.      Labor is different for everyone, but I always knew I was ready when my back hurt for a full 24 hours, then I felt awesome for 24-36 hours, like I was invincible; and then when the contractions got so bad I couldn’t breathe the day after that. That point when you just wanted to punch someone in the face? That’s how you know you’re ready to go to the hospital. 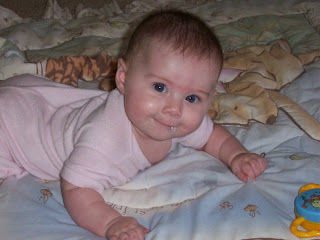 8.      Once you actually check in to the hospital? Relax. It’s alllll out of your hands at that point. For some reason the thought of actually checking into the hospital always stressed me out. The car ride, the bags, the making sure you had your insurance cards and camera batteries and phone chargers, etc. But once you’re there? It’s cake. Mostly.


9.      Everybody poops. ‘nuff said. At this point everyone and their brother and their brother’s intern has come in to take a peek at your hoo-ha and probably stopped to point out something odd or explain to a class that that’s not normal. And all that IS normal. Your modesty is nil by now. And that’s all a good thing because you’ll probably poop on the table, so don’t even stress about that. Seriously. Don’t. It happens. You’ll never even notice.


10.      You are going to cry. You aren’t even going to know you’re doing it, but you’re going to cry. My brother will cry. The baby will cry. The nurses might cry (that’s how you know you’ve got a good one, if they smile and tear up with you even after doing it so many times). Bring Kleenex. The ones in the hospital are rough and scratchy.


11.      Be nice to the nurses. Make friends early on. These are the men & women who will be able to sneak you food if you end up having The Baby after the hospital cafeteria closes. And who will sometimes sneak you sprite or 7up even when you’re supposed to only be having ice chips.


12.      That first meal? After The Baby is born? It’s the best meal you will EVER eat. Everything tastes amazing. Even hospital food. I had the best tomato soup I’ve ever eaten the evening after Mr. Man was born. And I’m pretty sure it was probably Campbell’s soup in a giant commercial-grade can. Didn’t matter. Giving birth is one of those events that puts all your senses on heightened alert. Everything is brighter, bolder, smells better, tastes better… 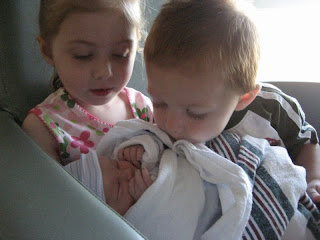 13.   The pain afterward? It’s manageable. I never thought about how sore I’d be before Baby #1. But oh MAN are you gonna be sore. For about a day or two. Then you’ll be fine. Extra Strength Tylenol was all it took for me. But the fact that someone is going to cheer over your first post-baby poop? And that that someone might, in fact, be you? Well, that humiliation lasts longer than the pain. Take from that what you will.


14.    Speaking of poop. Hemorrhoids. No one tells you about that shit but everyone I know that has kids? Has ‘em. Ew. Just suck it up and buy some Prep H. now. My brother will appreciate not having to run out and buy it from a CVS the week you get home, and if you have it on hand already? It makes a great under-eye cream for the nights when The Baby has woken up eight times just to scream in your face and twice just to poop on you.


15.   A little more on poop. If you can work it, see that My Brother is just ‘accidentally’ present to do that first diaper change. It’s a priceless moment…one best appreciated from afar.  Also, in the weeks following your hospital stay you will be amazed anew each and every day that something so small can poop so much. It’s the weirdest thing. Oh! And buy some really good trash bags. The name brand ones…with the tie handles…and the smell blocker… Maybe that’s enough on poop?


16.   Sleep when the baby sleeps. I know that sounds trite, but please please please do. And if that kid, when it’s three or four days old, decides to take a random five-hour nap in the middle of the day and you start to freak out because you’re wondering if you should wake him up to feed him? DON’T. Do not pass go. Do not collect $200. Do not call your mother freaking out that The Baby hasn’t eaten in five hours and doesn’t she think you ought to wake him up to make sure he’s okay? No. No you shouldn’t. You should take yourself right into the living room, put on the trashiest episode of Maury Povich you can find, crack open a fresh tub of ice cream, take three giant bites and then catch a nap. The world will be a better place for it. Promise. 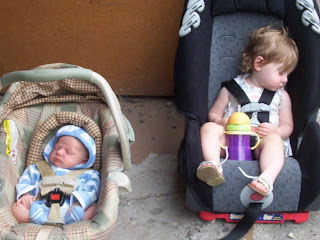 17.   Speaking of ice cream…Snacking is essential. I don’t think I ate an actual meal in that first week that Belle was born that wasn’t a cut up vegetable in some sort of dip, or a cartoon-character-themed fruit snack in a foil wrapper, or a giant serving spoon scoop of Jell-O or some sort of gifted casserole.  And those things are all fine and good…just make sure you have some good 3am, you-can-eat-it-with-one-hand while-feeding-the-baby-back-to-sleep snacking options. Because the last thing you want to be doing is trying to make a sandwich when The Baby falls asleep mid-suck and you start spraying milk across the room.


18.   Oh! Which reminds me! You’re gonna spray milk across the room. And it’s hilarious and slightly gross. And I didn’t know that stuff was pressurized until it happened the first time. Get the disposable bra pads. The Lansinoh ones are awesome. Purple box. Get it in bulk. Or don’t, and see how much of your  name you can write in the snow. Either way. Hilarious. And after the first six weeks? It’s going to happen at…er…inopportune moments. You’ve been forewarned.


19.   Invest in a couple of good, soft, absorbent wash cloths. It’s amazing the gross ickiness that tends to cling to the creases in the fold of your baby’s neck. And it all smells like sour milk and looks like toe jam. A damp washcloth does wonders for that. 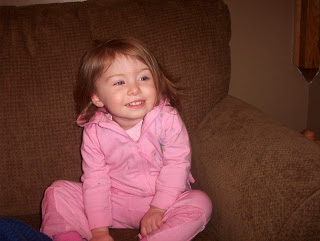 20.   In that same vein? Some days you’re going to think a shower is just a luxury you can’t afford right now. When that day comes; Call me. You’re not going to recognize that you, too, have started to smell like sour milk and baby poop from that last diaper change. You’re not going to remember that you wore those same blue sweatpants for the last three days. And my brother loves you too much, and frankly is probably a little too-afraid of the slightly feral, new-mother look in your eye at this stage to tell you that you really need a shower. So when this happens? When you can’t quite remember if you showered yet this week, and The Baby hasn’t stopped crying for the last hour, and my brother is at work, and you’re starving and have just realized that’s because you may or may not have eaten a roll of Necco wafers around 5am and called if breakfast? Call me. I’ll hold The Baby for the hour or so  it will take for you to feel human again. I will practically beg you to do this. So you should just go ahead and reconcile yourself to the fact that it’s going to happen and plan on making the call.

I love you. And I cannot wait to hold Baby M and play with him and spoil him and secretly feed him ice cream and mashed potatoes before he technically has teeth to eat them with.
.xo.
Update:
This post was featured on Blogher.com over HERE