What a roller coaster weekend we had at the homestead.

I was on an independent-adult high going into Sunday. I had a rare day Saturday all to myself, and spent it in the best way possible: With a bunch of friends, and a bunch of drinks, floating down a river. By the time I dragged myself home Saturday night I was exhausted, but felt ready to conquer the world. I was refreshed. I was ready to have The Munchkins back and get a fresh start on our week together, sure that everyone’s moods would be improved with a little time off from each other.

Good Lord, was I ever wrong.

I spent Sunday morning dragging cranky Munchkins out of bed, squeezing little arms and legs, sausage-like, into church-clothes casings. I pushed, prodded and dragged them all the two blocks to Mass, where they sat/squirmed/whined/half-knelt/eyerolled their way, sweating, in sticky wooden pews through an hour of church. The promise of the routine post-mass doughnut was the only thing that kept us from killing one another by the homily. And then? No doughnuts. Isabelle burst into tears. Sophie nearly did. Heck, I nearly did.

We were set to have one last practice/walk-through for the elder two’s First Communion directly after mass. Sebastian was ready to get it over with. The Monkey was stoic, but entirely ready to go home. The Biz begged off for a moment to run to the bathroom.

And promptly Locked. Herself. In.

No shit. She locked herself in the church bathroom. On Purpose.

Once I realized what she’d done (because we thought she might have fallen in she was taking so long) I spend a good solid few minutes trying to cajole her out. After that didn’t work I had to appeal to several people still milling about to find a way to force the door open and force out a panicked, crying, screaming kid. Regardless? NOT a great morning. We spend the next hour discussing and punishing and crying our way through it at home. Isabelle was never talking to me again. I was never trusting her again. She was angry and I was grounding her faster than you could say boo. It was not pretty. It was more punishing than parenting. I was humiliated and taking it out on her. And once you start sliding down that slope, I’ve found that it’s nearly impossible to claw your way back up.

So the two of us spent the next few hours sulking separately. The Biz in her room, and I in the kitchen.
By the time we needed to leave the house again we were on speaking terms, and I’d received a very grown- up sounding, non-prompted apology. And, by the time we returned home from 2 hours at the Metropolitan Youth Orchestra orientation we were on functioning family terms again, for the most part, although she clearly preferred her grandmother’s presence to mine (and who can blame her?). So it took me a bit by surprise when she crawled into my lap near bedtime for some advice.

“Mom, there’s this girl in my class and she doesn’t speak any English” she starts out.

Apparently one of the new students in her class is undergoing the trial-by-fire version of learning English in the third grade. Poor kid. I can’t imagine. I know the experts say that there is no better time to soak up a new language than when you’re young, but I can’t even imagine walking into a place, not only full of new faces, but of new faces speaking a language you didn’t even understand.

And Isabelle, as this little story unfolds, has taken this little girl under her wing. She sought her out at lunch last week and sat by her every day. She’s helping her learn her English by translating her lunch for her (This is a sandwich, these are pineapples, this is a French fry, etc).

“And Mom? She didn’t even have anyone to play with on recess on Thursday? And I made all my friends come with me to play with her”

And suddenly this little girl, who’s not really so little any more, isn’t just the kid that locked herself in the bathroom at church anymore; she’s the kid that’s brought me to tears I’m so proud of her.

That’s the thing about parenthood, gang. It’s a roller coaster. Children have this amazing ability to go from furious to elated in 2.8 seconds flat. And if you can’t keep up? You’re going to miss out. On everything.

So I looked her right in the eye (hard as that was to do what with the sniffling and the nose blowing and all) and I told her that even though we didn’t get along very well that morning, I was so proud of her. And when I asked her how it made her feel, to be the one who made sure this little girl didn’t feel lonely at lunch, at recess; she said it made her heart feel good.

And that made my heart feel good. To know that, despite the fact that this kid is so ornery that she locked herself in the bathroom at church (see how I’m having trouble letting that go just yet?) we must have done some things right along the way, is encouraging.

So I told her to hold onto that feeling. To help her friends have that feeling. And above all, to keep doing what she was doing. That she’s learning what’s important about school, not just the math and the science and the spelling; but how to treat other people. She’s learning how to be a good person.

And I suppose I’d better hold on to that feeling, that surge of pride that nearly brought me to my knees that evening, because I’m fairly certain we haven’t see the last of our locked-bathroom-door days with that one. 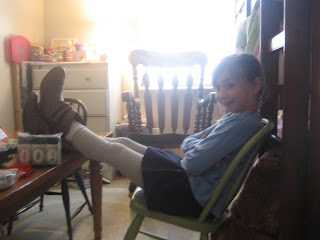 Well, it's finally happened...
All Three of The Munchkins are in school. 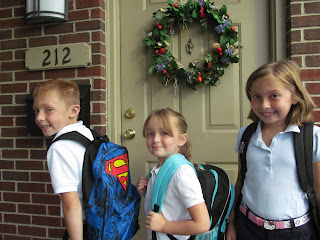 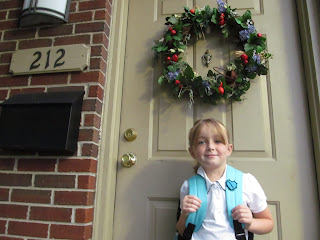 No more babies. No more bottles. No more sippy cups. No more daycare.
I have a house full of "big kids" now. 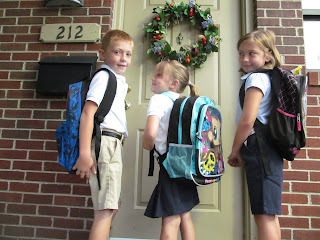 God, it just breaks your heart sometimes, doesn't it? I blinked and they were out the door. 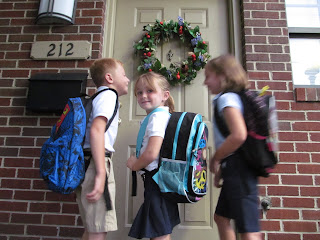 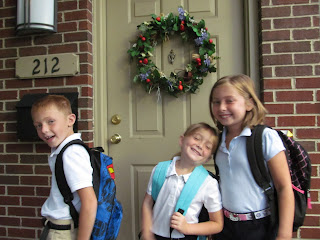 The Monkey just missed the window to join her brother and sister at the world's best IPS Magnet school, so we signed her up for Holy Cross Central just down the block from our place. And, oh, does that place bring tiny memories surging back. Catholic schools all just smell the same don't they? It's this mix of carpet shampoo and worn wood bannisters and incense and floor wax. 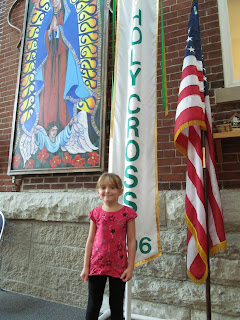 And the Monkey didn't even hesitate, didn't even flinch this morning. She treated her first day of school in much the same way that she does every aspect of her life: Full tilt forward. 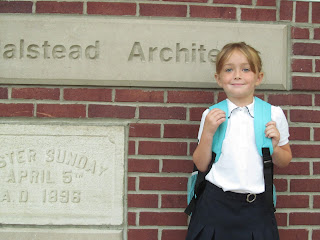 Not a glance back, not a moment's hesitation. And much as it would have soothed my maternal instincts to have her be just the tiniest bit tearful this morning, practically speaking I was thankful she wasn't. Otherwise I wouldn't have been able to hold the tears at bay until my breakdown in the parking garage at work. 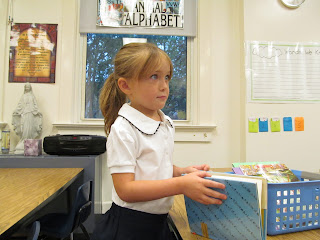 ~
Rally on, gang. Life moves to fast to stress the small stuff.
~ 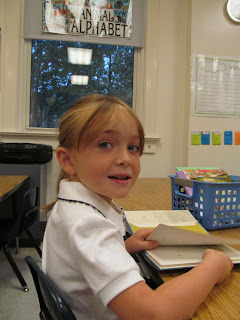 Posted by caralyn at 2:57 PM No comments: Links to this post

Sometimes, people unintentionally tell you exactly what you needed to hear your entire life. 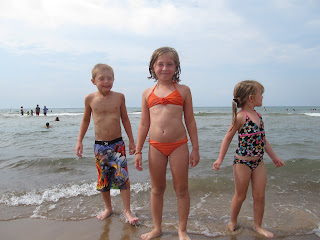 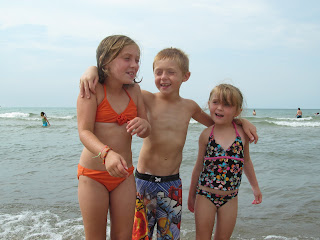 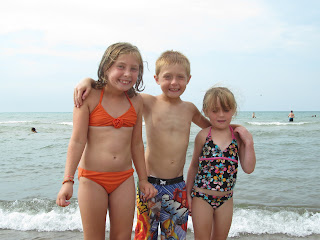 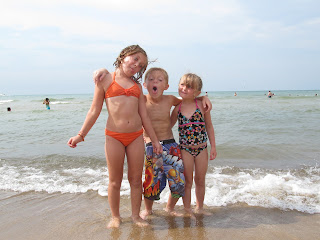 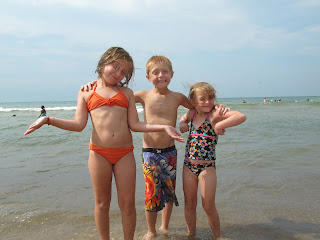 Posted by caralyn at 9:11 AM No comments: Links to this post