You know those mornings where it's IMPOSSIBLE to get out of the house?


The mornings where Mr. Man's favorite pants are still lying at the bottom of the dirty laundry bin?

The mornings where Monkey is melting down quicker than marshmallows at a campfire because she can't fit all three pairs of dress-up shoes into her purse?


The mornings where Munchkin #1 is certain the entire world "hates" her because she's got a funny ponytail kink in the hair on the back of her head?


The mornings where I've crawled back into bed after waving adieu to Mr. Handsome who had to be up at the crack of dawn for PT?


The mornings where I oversleep after returning to bed for just five more minutes?


The mornings where effing jeggings*  are the only thing readily accessible and clean on the top of the folded basket of laundry in the corner of the room. You know, the one that's been there for the better part of a week because I can't find FIVE-SPARE-MINUTES to put away the folded clothes?


The mornings where I want to be the one laying, spread-eagle-sprawled on the cool linoleum tile of the kitchen floor lamenting our sudden lack of breakfast cereals?
Yeah.
We had one of those this morning.
There's no amount of coffee in the world to make that kind of morning better.
But, Here's to cup #7 being the magic cup... 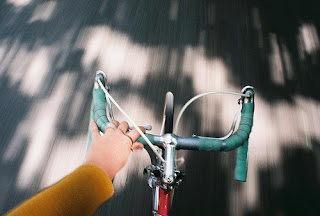 *(italicized for effect and to communicate my utter loathing for these things. WHY do I even own them... they are...tacky and stretchy and comfy with lots of wiggle room, and ohhhhgod...maybe I DO love these things)
Posted by caralyn at 10:58 AM