It is heart-breaking to watch cracks appear in your daughter's armor because of the harsh words of others.

The Biz is at that age where I know I need to back off and let her find herself. I have to remind myself daily that I have raised her to be a strong, independent thinker; a young woman with a sense of self; an empathetic girl who thinks of others first. She is imaginative and creative. She's a reader and a dreamer. But it absolutely kills me to see her cry when sixth-grade girls act like...well...sixth grade girls.

Bitches be crazy catty, yo.

Feeling helpless is an inherent part of being a parent. So much of The Munchkins' day is spent out from under my protection as they grow up and out. And when their small spirit is broken on someone else's watch? Somewhere I can't be? There is an impotent fury that cannot be quelled.

Some days you just can't fix it all. Hell, some days you don't even find out about an incident until days later. And some days? The only solution to a tearful girl now questioning herself due to the cruel comments of other girls is to simply  curl up in bed together crying and whispering and telling stories until tears start to dry and smiles cautiously peek out.

Your kids are going to be hurt. Tomorrow, next week, next year. It's going to happen. It's a part of the journey. And you'll have to trust that you've instilled in them all the strengths that will see them through to the next day after they've had a good cry.

That's not to say that I can't secretly think terrible thoughts about the little turd that made my daughter cry. Because I definitely am. Right now. RIGHT. NOW.
But The Biz is strong. And she's starting to figure out who she is. And she'll be stronger for this... eventually. 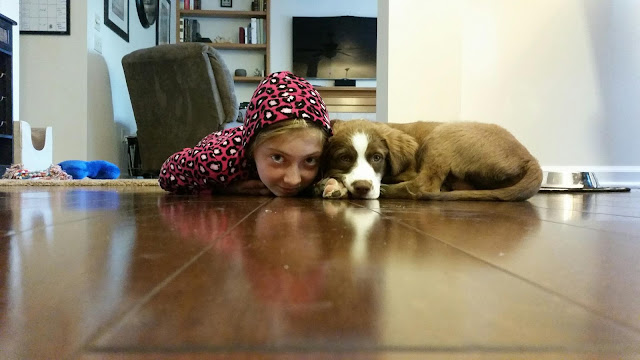 Sweet little handmade pencil case for The Biz... who has been begging for one since the first day of school... 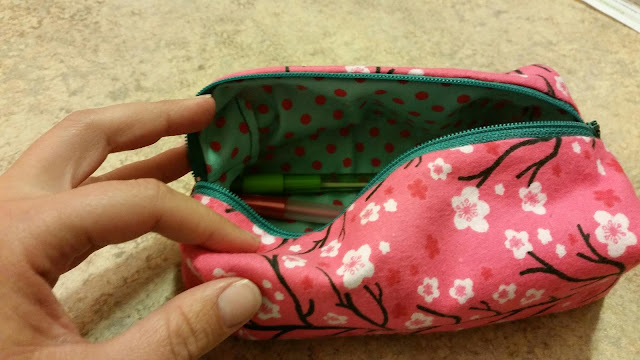