Sometimes you just can't see the forest for the trees. I always though this was a dumb little bit of rhetoric...until I had kids.


It's amazing how you simply don't notice how much your babies have grown, until all of a sudden? All three of them have run their first full 5K race. Mind you, I didn't say "finished" their first 5K. Because lord knows we've done that. Last December I may have carried two of the three over the finish line amidst whining and complaining galore. 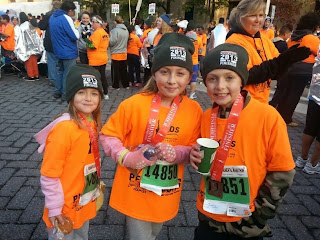 The Munchkin's school has been taking part in a program that was stretched across several IPS schools called BOKS. Twice a week the kiddos would go to an additional P.E. class before school - the prevailing thought being that physical activity first thing in the morning helps children focus during the day in addition to being the healthier option.
And during BOKS over the past few months, The Munchkins and their friends have been training. For a road race. For the Monumental Marathon. 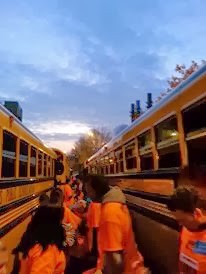 So earrrrrrrrrrrly last Saturday morning, about 100 of The Munchkins' Mates showed up at school for warmups, Tshirt distribution, breakfast and a bus ride to the start line. Kids were excited and nervous, but I truly don't think they quite knew what they were up against just yet. Until we arrived... 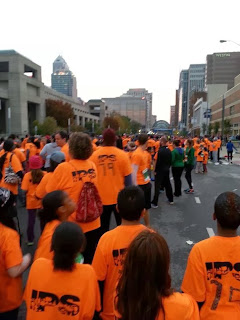 And then? I realized I hadn't know what I was up against until that moment.
There were HUNDREDS upon HUNDREDS of tiny people in oversized orange shirts.
It was a tiny army of students marching toward the start. It was overwhelming in the best way. And I saw other parents and IPS volunteers looking around in awe at the sheer numbers of kids that had turned out for this race. 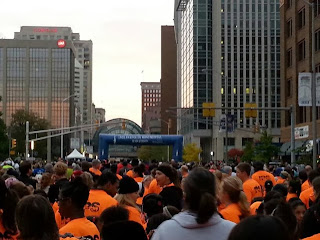 It was a testament not only to the work that the teachers had put into this event, and the massive planning it hadn't taken to get everyone there; but also to the dedication of each student to the program. Each of those hundreds of kids had gone home, told a parent or guardian that they wanted to run a 5K, and those parents? They had to not shake their head in clear disbelief and instead think "Okay, sure, my kid can totally run a 3+ mile race with thousands of other people through the streets of Downtown, Indianapolis". Hah! 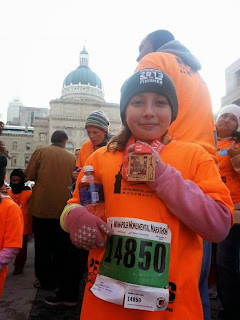 But Mine did think that. And, clearly, I'm a little rattled because I, too, thought this was a good idea. That morning, however, The Munchkins were eager to take off and run with their friends (apparently, running a race with your mother is SO not cool. Unless you're six. And then I don't give you an option. Sorry, kid.) 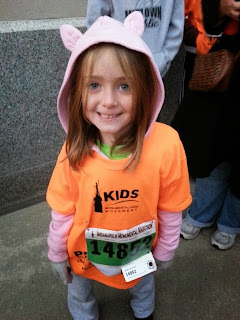 So off they ran...sprinting despite adult protestations to "take it easy", "start slow", and "Pace Yourself!!!!" The Monkey and I darn-well paced ourselves. And that kid? She ran the entire race. No kidding. After the first mile or so we picked smaller, manageable goals.
"Mom...let's stop and walk"
"Okay, Soph., let's just run to that next pole/stoplight/speedlimit sign first, okay?"

Chopping a race up into manageable distances makes the distance fly.
Trust me, I do this to myself every single race I run.
And after that 2Mile marker? The kids were so jazzed that they were almost done we could hardly keep them at the 'slow jog' pace we'd set.
Honestly, I'm amazed. At age size, eight, and nine I was NOT running road races.
These kids are light years ahead of where I was at their age. 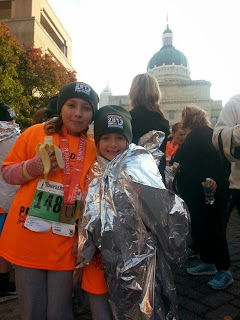 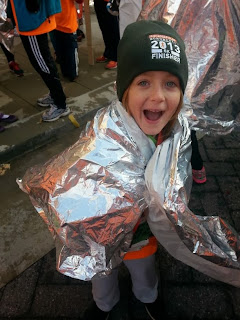 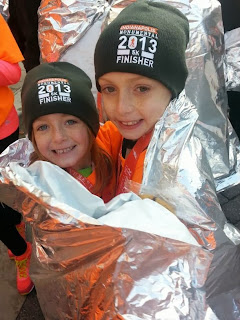 And when The Monkey and I triumphantly sprinted across the finish line (thanks, kid) The Monumental immediately became one of my favorite races.
Because I was able to share it with the entire clan. 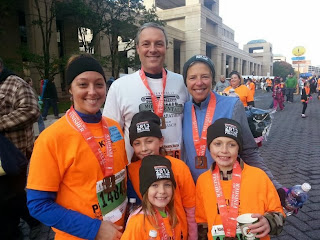 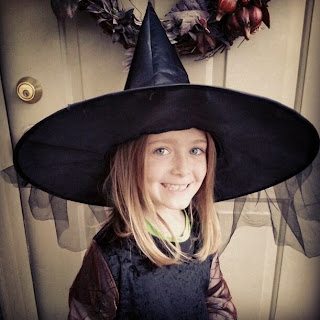 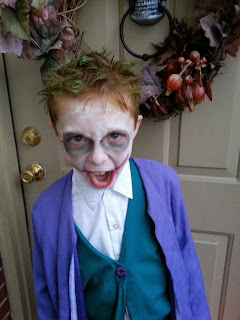 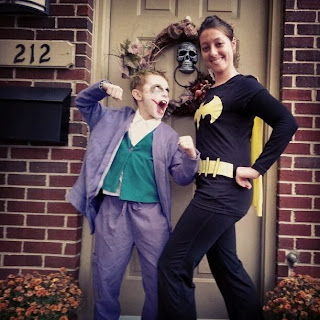 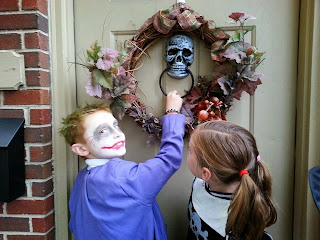 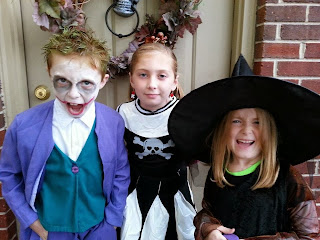 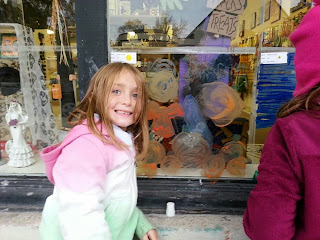 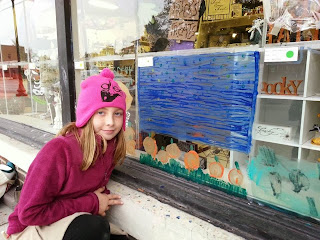 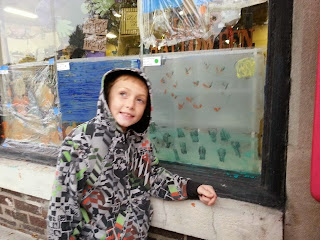 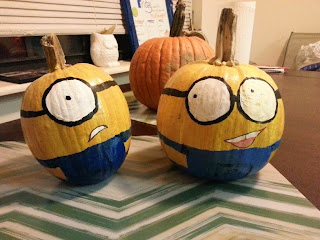 Posted by caralyn at 9:51 AM No comments: