What I've been working on lately...

I've been stitching up a storm lately...

Also, I completely forgot to introduce everyone to Eloise!
Everyone say 'helloooo Eloise' 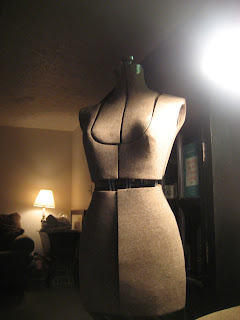 Eloise is my gorgeous little dressform pumpkin courtesy of the lovely Miss Emily Watson.
She's become rather invaluable lately.
Sophie's still not a big fan, though. So I try to remember to put her away in the hall closet when I'm finished working with her for the evening... 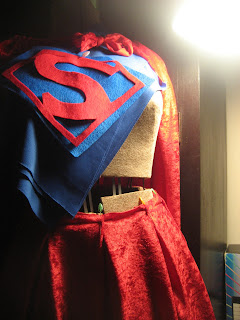 Here's Eloise modeling the semi-finished Super Girl costume I cobbled together for this past weekend's Heroes for Heroes Polar Plunge. Doesn't she just look fabulous? 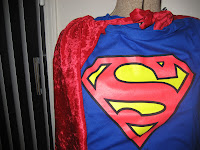 Look!
A cape!  Now I have one, Jen has one, Baz has one, Isabelle has one and Sophie has two! 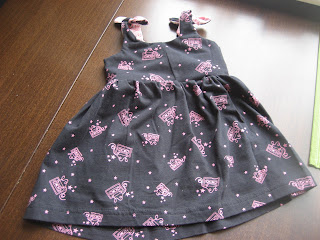 And, because I've been dying to do SOMETHING with this awesome cassette tape fabric...it became a dress for little Miss Macy this weekend. 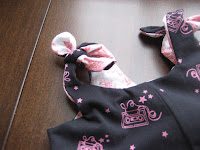 dig the toille on the reverse of the bodice... 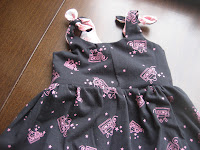 It's super soft...just like baby clothes should be!
Um...also? WHY didn't anyone TELL me crafting clothes for the minis could be so satisfying? It took about an hour, tops, and I got the entire thing done from pattern to finishing touches! 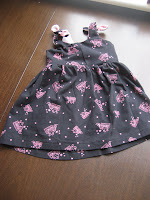 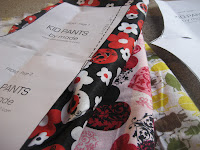 Also, I attempted (for a SECOND time) to work on PJ pants for the Munchkins.
I got the pattern pieces cut out (correctly this time!) but haven't put everything together yet.

And, finally? Yarn wreaths.
These things are SERIOUSLY addictive.
I've got three of them so far...though I only have pictures of the one.
I'll try and remedy that soon.
So, in summation:
Crafting > Therapy
and
Crafting > Sleep
(because the insomnia? it's back with a vengeance!)