Oh Baby M., we are SO excited to meet you...
Your momma is absolutely glowing these days. 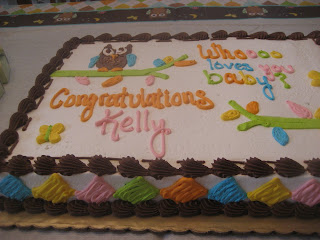 And we had the best party for you this weekend, even if you couldn't be there to enjoy it. 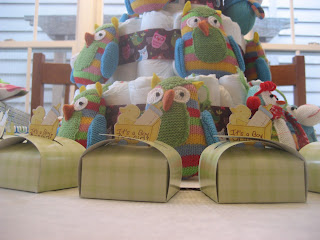 When you're old enough we'll explain to you what a diaper cake is, and how it's possible to laugh so hard during its creation that you're sure you've busted something... 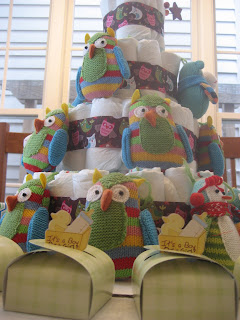 That's your Soon-to-be-Aunt Jane wrapping up food for the party. She flew in for the weekend. You have no idea how much I miss her...but I'll tell you all about it soon I'm sure. 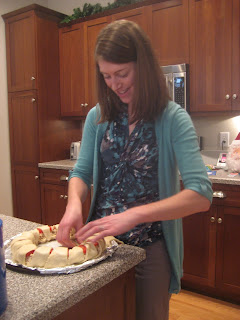 And that's your cousin Sophia and that's Mariah next to her... I promise I'll try to keep the Monkey out of your face until you're old enough to take a good swing at her. 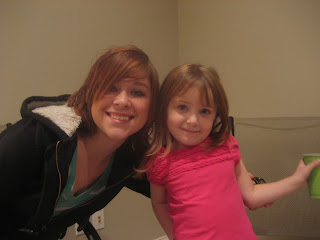 You had so many people who wanted to come and shower you with gifts...and play some games...and taste some baby food. 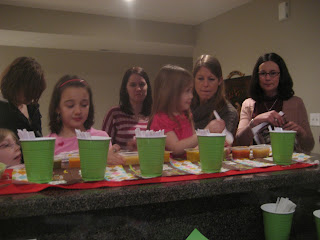 Well, we might have forced them into the latter. That meat baby food is no joke. Sorry about that in advance. 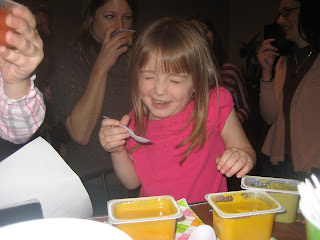 There's your Crazy Aunt Jane again, and Mimi, who will be your great grandmother. She drove all the way from Ohio to be there. She's smart as a whip, that one. She always flew through the crossword puzzles faster than I ever could. 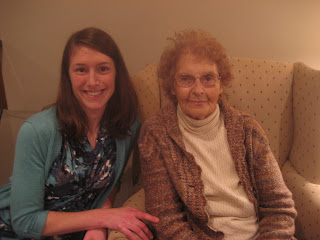 And there are your mom's best friends. I think it's about at this point that Isabelle took command of my camera...It's easier, sometimes, to let you little ones have your way with things for a short time. Five minutes sans whining is pretty much worth its weight in gold. Your mom will learn this early on, I think. 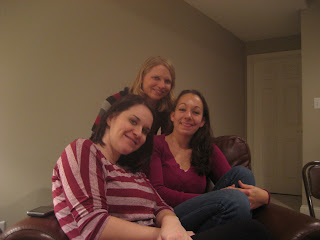 Your cousin Isabelle made a new friend that day. It's funny how kids are able to do that so quickly. Five minutes of awkwardness and you'd think you were trying to take away their puppy when you try and separate them a few hours later. You'll see...when you get here. 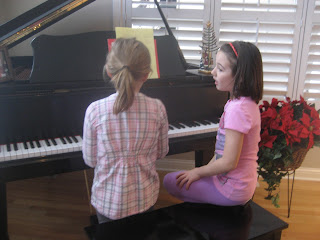 Baby M., your mom and dad are absolutely perfect together. Just so you know. They make each other laugh. That's so important. Also your dad's a titch weird...but you'll figure that out. It's okay though, I'm allowed to say that. He's my brother. I've known him longer than you have. He's going to make such a great dad. 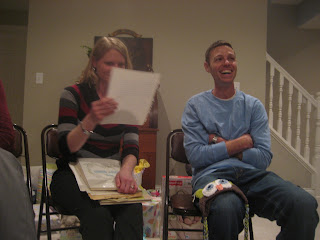 There's that diaper cake again. We were so freaking proud of that thing. 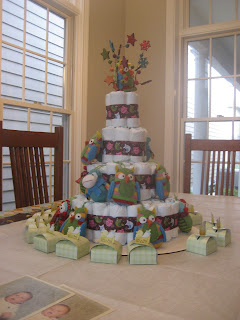 There's your mom again. And your grandma Ruth 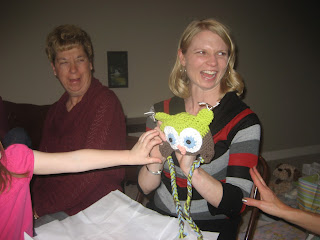 Oh, and just so you know, Baby M, this picture of the three of us? It took about four takes. I don't photograph well. Them's the breaks, kid. I'll be the one behind the camera after you make your big arrival this spring. 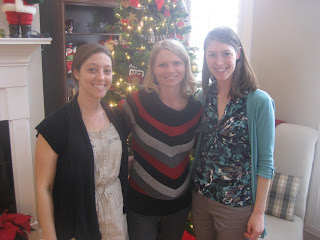 Now be nice to your momma, and we'll see you soon!
xo
Aunt Caralyn 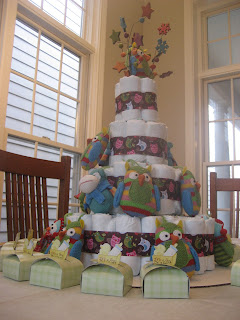