Last night, I had one of those evenings that makes me revel in the fact that I'm a momma 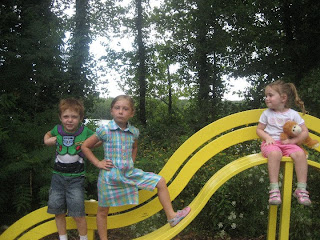 There were no major fights, no screaming, no whining, no nosebleeds, no spankings.
It was glorious.

We got home & the kids dropped their shoes in the shoe basket & deposited their bags on the hooks in the front room without being reminded. Then they wanted to HELP make dinner. So I chopped up a half dozen hot dogs into fourths and let them roll everything up in crescent rolls. We played chutes and ladders for nearly an hour, until interrupted by a knock on the door.

In my house, a knock on the door usually means a random family member stopping by, or the landlord. Regardless, it's a treat! So all three Munchkins went thundering to the door, only to reveal a very taken aback ASPCA member. Orange shirt stuttered her way through a greeting and started in on her patter when the questions began.

"What does your shirt say?"
(well, it says a.s.p.c.a.)
"What does that mean?"
(it stands for am--)
"What're you holding?"
(a clipboard)
"What's a clipboard? "
(it keeps all my papers togeth--)
"Are those pictures of doggies on that paper? "
(well, yes. you see, at the a.s.p.c.a., we--)
"Can I see? "
(see what? my papers? followed by some nervous shuffling and a stilted continuation of her spiel on busting up one of the largest dog-fighting rings in the country last year)
"What'd you bust up last year? "
"What's a dog ring? How you do fight one? "
"I have three pennies." and "Do you want my three pennies? "

After a solid ten minutes of trying unsuccessfully to corral The Munchkin behind me on the front porch I finally sent the poor, confused fund-driver away with an apologetic shrug.
"Friday's pay day, I don't have anything for you"

I almost felt guilty about the mental gymnastics we just made her do. But really? She knocked on my door at dinner time, what did she expect?

Three games of Chutes & Ladders later, we were curled up on the couch with a copy of Junie B. Jones & the Big Fat Mouth. I had to do all the voices (and I do mean all. the. voices. every single one. even the Janitor...who was of German descent apparently...). A round of bubble baths ensued, and then all four of us were curled up on MY bed (wet hair dripping all over my pillows and silk sheets. grrr) for another round for 5 stories before I was able to shuffle half-sleeping children off to their own beds with a minimum of fuss and lots of sleepy little kisses and hugs from sweaty, overheated little bodies.

It's nights like that, when I don't have to threaten them three-ways-from-Sunday just to get into bed (let alone stay there for any amount of time) that makes me grateful. It reminds me that, on the days when I think I'm going to pull my hair out because a small coup has erupted in my living room, or a civil war has broken out in the kitchen, that there ARE days that make it all worth it. 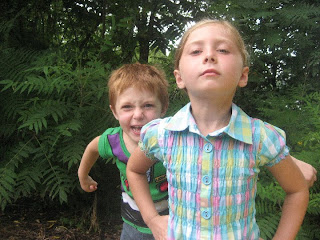 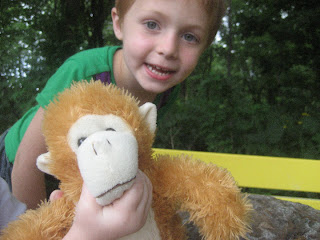 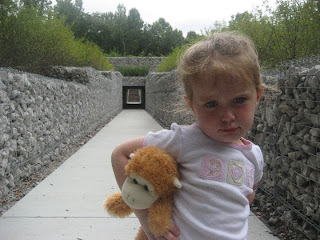