So I’m leaving work last night, and jamming out appropriately to Phil Collins’ In the Air Tonight…and the drum solo kicks in and I’m banging away at the steering wheel of the Cavalier.

And that ten-beat measure puts me in the mind of Mr. Handsome, as it is inextricably linked to him now in my mind, as it was his ringtone for nearly the entire time we dated, except for those first few months when it was something from Mike Tyson’s Punchout I think? Regardless, the drum measure is now my ringtone for when he calls. Not that he really does very often, we text. Because we are hip and cool and are secretly fond of the option of waiting to reply until it appears that we were not sitting there waiting on a text, growing giddy and excited when the vibration of the phone makes the desk under it buzz, causing tiny little tremors. What? I’m NOT the only one who does that. Don’t lie.

But that’s neither here nor there in this story.

Because as I’m drumming on the steering wheel, I pull up alongside a rather natty looking SUV of the jeep-y variety. I’m not a car person, hush.  I look over, and there’s pretty much the world’s cutest little tow-headed man-child sitting nearly sideways in his seat staring out the window. The kid was maybe five, six tops and I look over, seeing him staring and grinning like a March Hare, and wink at him and smile hugely. Like we’re sharing a secret, this kid and I, and probably we’re the only ones that know I’m dancing in the car.


In the next nanosecond this kid yells at the TOP of his lungs:

The father, glances over, does a double take and simultaneously looks mortified and like he’s trying not to laugh all at once.

“It’s okay!” Tiny Tot continues to bellow, this time out the window at me. “I think you’re doing a very nice job.” 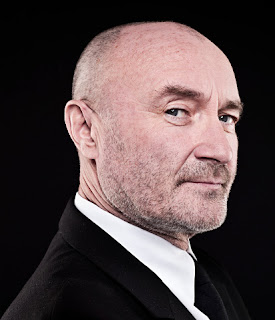 I swear my arm moved of its own volition to my cell phone to snap a picture because this kid was so freakin cute. But then I realize that this makes me quite creepy and stalkerish, so I don’t do it. Which is why you have that lovely picture of Phil up there. Because he’s the man. And apparently inspires all sorts of people to sing out loud in the car, and play drums on the steering wheel.
Posted by caralyn at 10:48 AM