It's that time of year again!
We're prepping for the annual Broad Ripple Zombie Walk at my house this week. 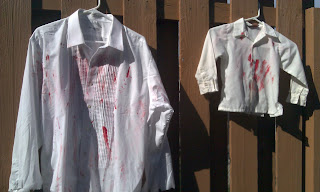 There are a couple of great options for DIY Fake Blood.
The most popular I've found is just a half cup dark Karo corn syrup + red food coloring + a couple teaspoonsful of cocoa powder to get a nice, thick, gritty consistancy. 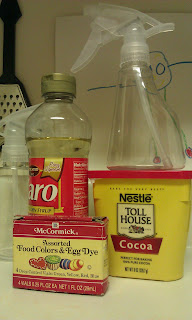 I also mixed a batch of blood using just a cup of dish soap & a couple drops of red food coloring. It was a brighter red blood than the corn syrup, but dried much more quickly (a good spray bottle to have for day-of application!) 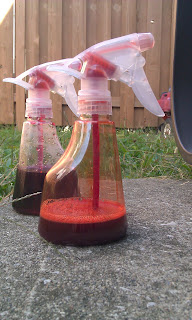 And...finally, the girls and I all gave ourselves Zombie Apocalypse Manicures.
For that, I've-just-eaten look ... 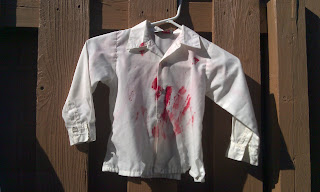 Two coats of white nail polish.
Then, holding the nail brush an inch or so from the nail, let one or two drops fall on each nail. Swirl and scratch colors around the nail using a toothpick for a splattered look.
Ta Da! Nails fit for the Undead. 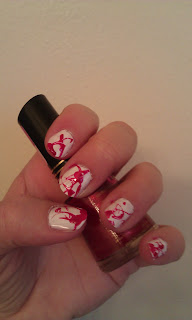 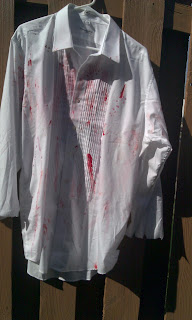