The weekend's already blurring into a soft fuzzy memory, and I need to get it down before I lose some of it.
Saturday was gorgeous out and I dragged the Munchkins to the baby shower of one very lovely Shauna Burns. I whipped up a couple baby dresses for the up & coming Little Miss, and I'm pretty darn pleased with how they came out! 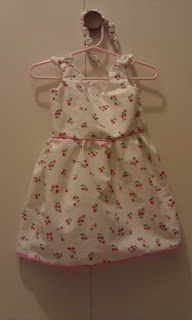 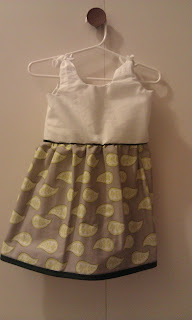 They took about an hour-ish each to put together from pattern to product and I used this tutorial over here with some basic changes and adaptations for size and skirt length... Not to shabby, eh?  I love being able to put a handmade touch on a gift. And, at a fraction of the cost of running over to a boutique to find something sweet and unique (yep, that's my cheap side coming out, welcome it to the party, gang.) 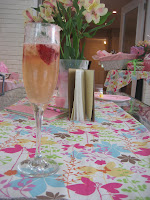 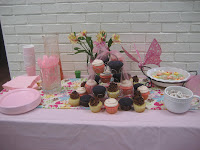 The baby shower was a feast of cupcakes and finger foods and hosted by some of the sweetest, most stylish ladies I know. It oozed charm.
Lovely! 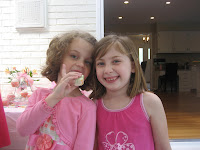 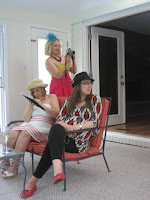 Sunday, however, was gloomy, overcast, and rainy. Oh, and it was the Rookie Run! 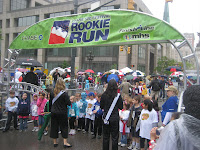 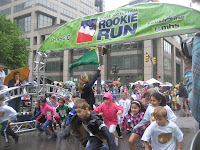 The Munchkins, having realized that they were missing out big time on the Mini Marathon, decided that they wanted to "Run a medal race tooooo, mooooom" So, for $5 each I registered them for the  Chase 500 Rookie Run this year. There were hundreds upon hundreds of little second, third and fourth generation runners out there. They staggered the kids in heats by age group and then released them in waves to run their 2 block ( three & four-year-olds) and 1/5 mile ( five-year-olds on up). 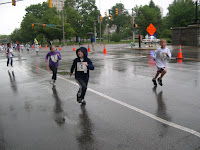 The rain, and ohhh was there rain, soak-your-hair, run-down-the-tip-of-your-nose, bounce-off-your-eyelashes, squish-in-your-socks rain, served to make it all one giant crazy day. But it didn't put a damper on anyone's enthusiasm. 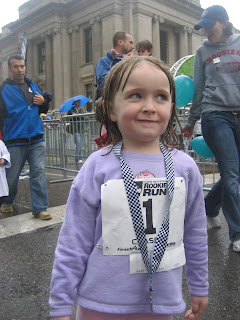 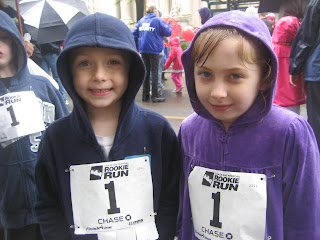 Kids still appeared, parents in tow, in droves to run their heat,  play their games, decorate their 500-Festival Princess Sashes, buy hot chocolate and kettle corn, and take pictures with The Smurfs, Yogi & Boo-Boo, Shaggy & Scooby and the rest of the various assorted cartoon characters and mascots that roamed the Circle. 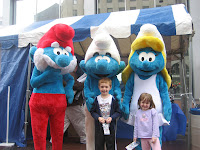 Despite the rain, or perhaps because of it? (Jury's still out there) it was an absolutely unforgettable day. 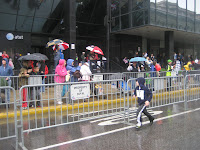 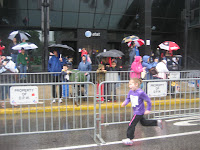 Seeing that mix of joy and pride on The Munchkins faces will never get old. 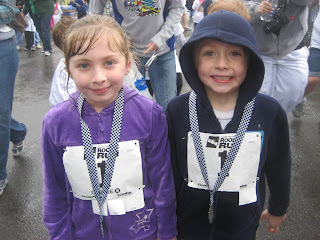 It wasn't the length of the race, but rather the crossing the finish line, that gave them such a kick. 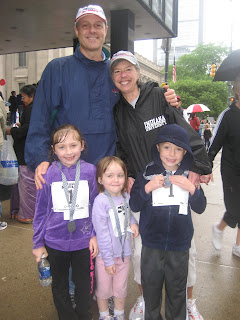 It was completing a task and having family there cheering them on.
It was friendly competition with their peers, and playing in the rain 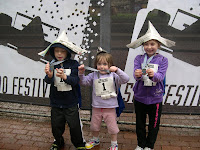 The Munchkins were completely exhausted by the end of the day, and we stayed for HOURS because I saw no signs of fatigue until the very end. I've already got this one on the calendar for next year. I can't wait to see that burst of speed in the turn; those long, stretching strides at the finish line; that grin that splits their face in two when they look down at their medal for the first time. The rain was worth it. Trust me. 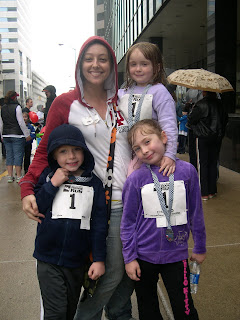