the birds. the bees. and "the talk"

How young is too young to have the talk?
In my opinion? It’s never too young. 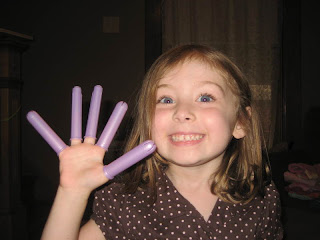 The Biz came home last week asking about her period.

And, even though questions like these still make me hyperventilate just the tiniest bit, I have become very, very good at hiding the deep breaths; plastering on the calm, open smile; and launching into conversations that make most parents cringe in secret places. Because good lord do you guys know what these kids are telling each other these days???

The Biz, with a roll of her eyes that said “Moo-oom can you even believe she tried to play this off as truth?” explained to me in bites of dinner, in front of her six-year-old brother and four-year-old sister, that a classmate told her getting-your-period had steps. Like bases. Like making out. In fact,  I think making out was one of the bases. Another one had something to do with having to wear a bra. She lost me somewhere around step three, as if getting your period was an end goal to race towards, but only after you could wear a bra. This version had zero mention of blood. None.

I know that I was shaking my head seconds into this discussion, but I let her finish, even though the terror was sort of mounting in her eyes even as she related the whole thing. Then I very firmly and simply told her “No, sweetie. That’s not right at all.”

And then, over chicken nuggets and mashed potatoes and really bad, mushy peas, I had to have the very frank, balls-out (so-to-speak) discussion on what a period is. To all three of them.

And I must finally be getting good at all this because I can say vagina without giggling, and that’s sort of a big deal for me. And The Monkey knows what a uterus is and made up a little song about it in the bathtub that night. And they know they basics of babies and how they come out if not necessarily how they got in there, not quite yet anyway. 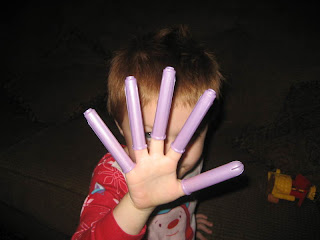 We just take it a step at a time. And when questions come up, we answer them. I don’t have cutesy books. I don’t go to the websites with the anatomically correct pictures. We don’t get to technical, but kids aren’t dumb. And they don’t like to be talked down to.  They’re going to figure this stuff out whether it’s from you or a website. So keep it simple. Keep it basic. Keep it on neutral ground.

Worried about “the talk?” Don’t be. It’s not a one-time occurrence. It’s just not. It has to happen over and over and over again. In the car on the way to school, at the dinner table over mashed potatoes,  in the bathtub at the end of the night when you’re sunk against the bathroom counter, glass of wine in your hand and they’re covered in Mr. Bubble.

And it’s not even just the sex stuff. It’s the body image stuff, when The Biz pokes at her midriff and asks if she looks fat. It’s the gender identity stuff, Mr. Man asking what color shirt looks best for boys or girls and why kids say boys don’t wear pink. And it makes my heart hurt a little to hear these things, because I never once as a kid worried if I was fat or if I was wearing the wrong color; which is a testament to awesome parents and the distinct lack of a bathroom scale in my childhood I'm sure. There’s an odd little tightrope act going on in my head, between answering them straight and honest, and giving them just enough information to form their own opinions on things. I see parents panic so much over how to answer these questions, and I wonder how they have conversations about normal things like dinner and art and books. It’s not so different, really. And it gets easier with practice. I promise it does.